Over three quarters of a million people use GOV.UK emails to find out when content is published or updated on the site. We used to use an external service to send these. We've built a system using GOV.UK Notify, a GDS-built platform which will now send an extra 500 million emails a year. As well as saving taxpayers money, this allows us to make future improvements to what people can sign up for, how they sign up, and how they manage their subscriptions.

In future we will use the GOV.UK taxonomy to make new navigation pages that gather together everything about a range of more precise topics than has been possible before. At the moment, we believe people will want to be able to sign up to email notifications in these more specific areas.

Through user research we found out that some people think the emails they get aren't tailored specifically enough to their needs. We also found that people can struggle with the amount of content they receive, and need to be able to more closely specify what they’re interested in. This will make it easier for people to only receive relevant updates.

We also needed to make sure the notes people receive when content is changed are as useful as they can be. They're sent when a change is important enough for people to be told about. If the change is simple, it should be contained or summarised in the note itself so people don't have to go to the page and work out what's changed. If it's a complex change, we should at least tell users exactly where to find it. We changed the interface publishers see when they're changing pages to make sure they know what to write and when. We also revised our publishing guidance. We hope this will mean that the updates people receive are as usable as possible.

When you need it

When they subscribe, people can now choose to have emails sent:

They could do this before, but only for all their subscriptions at once. They can now choose the frequency for each subscription.

For daily and weekly digest emails we now send these grouped under headings so people can see the different types of content they’re interested in in one place. Previously, these digest emails contained unsorted lists of pages, so they were harder to scan. We grouped these digests into sections because we know that some people subscribe to different kinds of things. For example, emails could contain updates related to their professional work as well as foreign travel alerts for holidays. 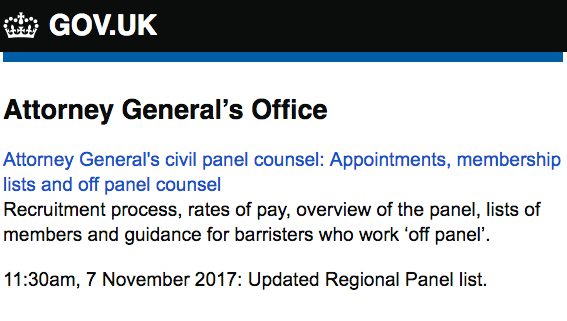 The emails are now responsive, displaying better on a range of devices. This wasn’t previously the case, which made our emails difficult to read or interact with on mobiles and tablets. We'll be able to do more effective tracking of how people use the emails, too. This will help us spot problems and opportunities for improvements.

It's quite a change for our subscribers so we had to be mindful of the impact on them. Emails now come from a different address and look a bit different, so we communicated these changes in advance both to subscribers and to government publishers to allow people to be ready for the change.

The current offering is a minimum viable product. We've got a series of improvements we've identified the need for. We’ve designed, prototyped and iterated these improvements, so we know what we need to build. These include a new subscription management interface and widening the range of things people can subscribe to. Longer term, we will consider expanding notifications to other mediums beyond email.